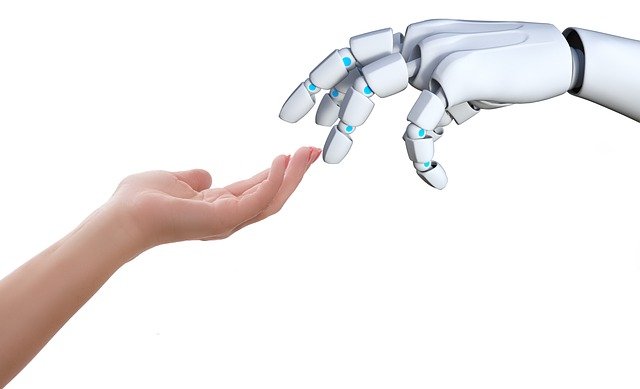 The last decade saw an accelerated evolution and widespread adoption of robotic technology around the globe. These days, robots are used in almost all fields known to man.

According to a report by Forrester, by 2021, robots will eliminate 6% of all the jobs in the United States.

An assessment by McKinsey’s has indicated that by 2030, almost one-third of all American jobs are going to be automated.

Want to know more about robotics and how do they work?

This article will closely examine the true potential of robotics and how they can be helpful in various fields.

Robots are automated machines that are built to replace human effort. They can execute specific complex tasks with a high degree of precision and speed with minimal or no human intervention.

What are the main components of a robot?

The Central Processing Unit can be described as the brain of a robot. The CPU receives the outside stimulus using sensors and processes the data to give appropriate responses.

These are the eyes, nose and ears of a robot which receive stimulus from the surroundings and convert them into appropriate electrical signals to be processed by the CPU.

Some of the common sensors inside a robot include:

These components of the robot are attached to the main unit to help in movement. This includes:

These are the tools that perform the actual work done by a robot. This includes manipulators, grippers, welding torches and so on.

Stationary robots receive power directly from the power line, just like any electronic device. On the other hand, mobile robots carry high capacity batteries to store power for an extended period.

These are a set of instructions that the computer can execute to perform a specific task. A computer programmer usually writes the source code, and the compiler converts it into machine code so that the CPU can understand.

Robots vary a lot in their design, degree of autonomy and functionality. In general, there are five different types of robots.

Pre-programmed robots are designed to perform simple monotonous tasks and often operate in a controlled environment.

In the last years, the automobile industry was entirely revolutionised by using these robotic arms. The robotic arms are so large that they will be able to handle entire automobiles with ease.

The arms are designed to perform simple functions such as inserting a specific machine part or welding a particular mechanical part etc.

Autonomous robots are highly efficient to work independently of human intervention. In addition, autonomous mobile robots can move around on their own.

Currently, these robots are limited to the confines of a given environment, such as shopping malls, railway stations, warehouses, factory space etc.

However, as technology gets more advanced, autonomous robots can be put in a broader environment such as streets, research centres etc.

The speciality of autonomous robotics is that they use sensors to perceive the world around them and make decisions based on sensory input. Some examples of autonomous robots include hospitality bots — lawn trimming bots, medical assistant bots, automated guided vehicles (AGVs), etc. 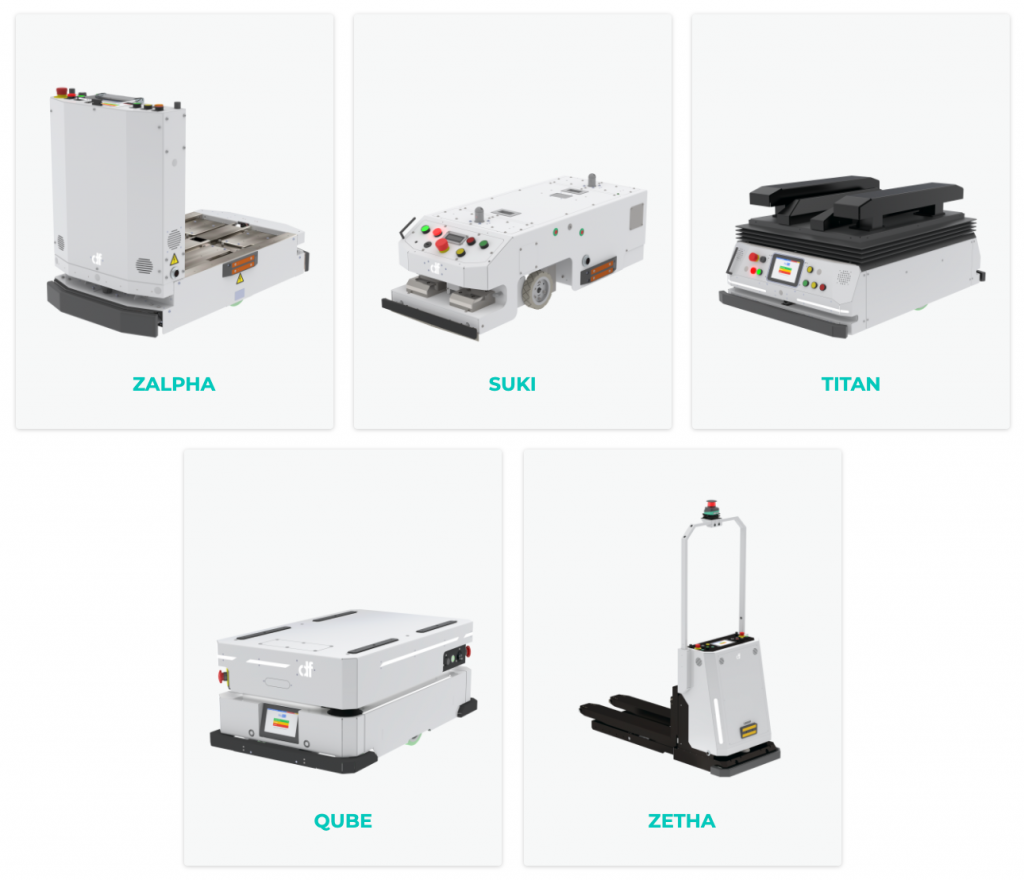 These robots help to replace the capabilities a human has lost or to enhance existing capabilities.

The most common example of an augmenting robot would be a prosthetic limb. Modern prosthetic limbs are complex electronic devices that can understand and respond to the nerve impulses sent by the patient’s brain.

For example, some prosthetic arms can be attached to the muscles in the chest so that the patient moving the muscles can cause the arm to move in specific ways.

The field of augmented robots is evolving at such a tremendous pace that soon science fiction is going to be reality.

These robots come in handy in places where the environment is too dangerous, harsh, uncomfortable, limiting or repetitive for humans to perform certain tasks such as microsurgery, underwater exploration, oil mining, inspecting nuclear hazards etc.

Robotics is a branch of engineering which involves the conception, design, testing and manufacturing of robots. The field of robotics is a unique blend of AI, computer science, electronics, bioengineering, mechatronics and nanotechnology.

Robotics engineering and automation is the use of information technologies and control systems. Specialisation in robotics engineering leads to potential career growth in research, manufacturing, mining, agriculture, power plant maintenance, and various other areas.

A short history of robots

Science fiction author Isaac Asimov is credited as the first person to use the term robotics in a short story composed in the year 1940. The three laws written by the author to guide the behaviour of robotics have thrown light into the development of modern-day intelligent robots.

These robots were similar to humans and were made of chemical matter. They are capable of thinking and can be roughly related to modern-day androids.

The earliest robots date back to several centuries before the times of Isaac Asimov. In 1478 Leonardo da Vinci conceptualised and designed a self-propelled car. Although the design was limited to the confines of a drawing board, the model was surprisingly found to be working when a group of Italian researchers replicated the design as a digital model.

Another eminent English Mathematician Alan Turing developed ‘The imitation Game’, which laid the foundation of modern-day research into AI and Robotics.

The Turing Test is a method to verify whether an AI device can think like a human being. The field of robotics helps to study the relationship between humans and machines.

SRI International designed and developed a Shakey – self directed robot for industrial applications.

In the 1990s, several computer facing bots started to appear in the limelight.

The robotics technology exploded post-2000 with the release of SmarterChild, a programmed bot within the AOL messenger.

In the early 2000s, Stanley, a vehicular bot and PackBot, a military robot, were both invented. PackBot played a vital role to search for victims and estimate the structural integrity of the debris.

Why do we need robots: Uses

Here are some of the top uses of robots.

With robots, it is easier for surgeons to perform intricate procedures on areas of the body which are difficult to access. Robots are also used as prosthetic limbs to provide therapy to patients etc.

Robots can be effectively used as security agents to assist human security guards. These robots are famous for their real-time intelligence and can help in preventing crimes such as fraud, domestic violence, robberies etc.

Space agencies like NASA frequently use autonomous vehicles and robots to perform tasks impossible to humans. For example, the Mars Rover is an autonomous robot that travels on the surface of Mars to collect data.

Robots have several applications in the defence sector. For example, they can be used as armed systems to counterattack opposing forces or drones and help to keep a watchful eye on the enemy.

Popular robots used in the defence sector include MAARS (Modular Advanced Armed Robotic System) which uses tear gas and lasers to confuse the enemies and DOGO-a, a combat robot designed to spy on the activities of the enemies.

Robots can assist farmers by doing repetitive tasks such as seeding, weed control and harvesting. An excellent example of agricultural robots is Ecobotrix, an efficient robot powered by solar energy and helps remove weeds in agricultural lands using a complex system of sensors and cameras.

These days, customers expect their delivery to be made at lightning speeds. As a result, companies need to employ robots for automated fleet management systems, shipping, handling and quality control to minimise time and maximise efficiency. 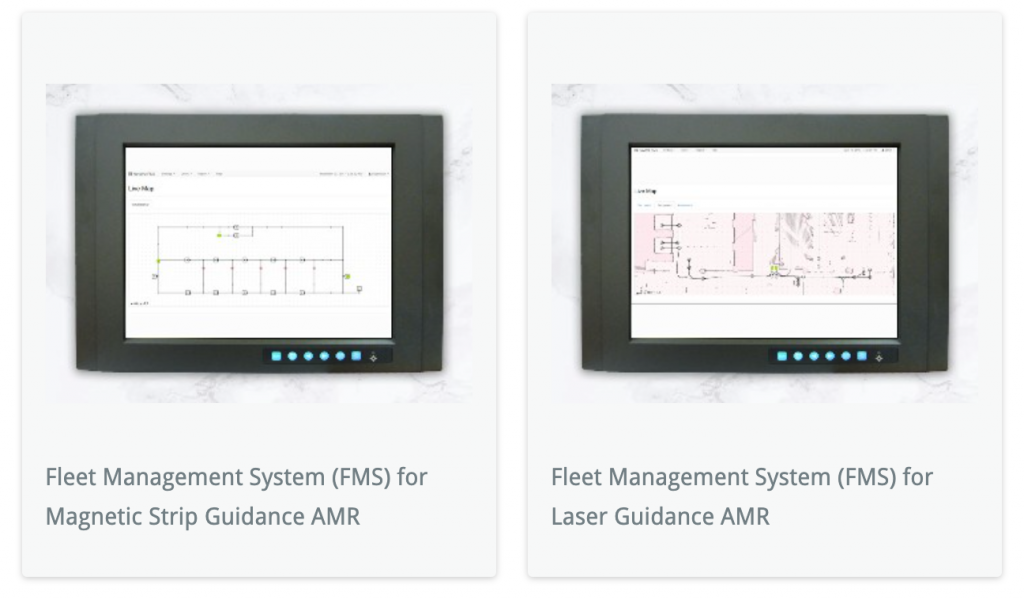 Robots help eCommerce companies by taking things off the shelf, transporting them across the warehouse and packing them for safe delivery.

These robots are designed to have direct interaction with the customers. Customer service robots come in both humanoid and non-humanoid forms and can automate much of their tasks in customer service. For example, the popular Henna Hotel in Nagasaki uses robots to attend to their customers’ needs.

In the manufacturing sector, several tasks don’t require the usage of the mind, such as welding, packing and assembly. The robots can be used to perform repetitive and monotonous operations under the supervision of a human.

With a unique combination, deep learning, AI and robotics, it is possible to design and manufacture cars that can steer themselves through the most complex traffic. Several companies like Tesla, Ford, BMW and Volkswagen are already developing autonomous vehicles that require minimal human intervention.

Difference between robotics and AI

It is a popular belief that Artificial Intelligence and robotics are the same though they are different. We can consider robotics as the body and AI as the brain from a common man’s perspective.

Even before the advancements in AI robots have existed in the past, an artificially intelligent robot can be considered a combination of both these technologies.

Thus,  AI is a program that doesn’t need to be physical, while a robot is an automated machine in physical form that may or may not require intelligence to perform a specific task.

AI can function on almost any device such as cell phones, cars, laptops, music systems and perform tasks that are most likely related to algorithms and information.

Chatbots are a type of robot that doesn’t have a physical body. However, for some people, these are not robots as they don’t have any solid form.

Chatbots are powered by AI to actively learn and execute new tasks.

Thus an artificially intelligent robot is a blend of these two technologies. Although AI-powered robots are still in their infancy, soon, there will be a day where we could see self-learning robots doing unique tasks around us.

Modern-day robots can instantly connect with other robots and are equipped with a full range of IoT, edge, cloud, analytical tools and other sensing devices.

If you are thinking of implementing robotic technology in your factory or industry, go for it without thinking twice, as it can save time and effort with minimal investment.

At DF Automation and Robotics, we provide a complete range of services along with products like autonomous mobile robots, fleet management systems, and robotic products and accessories. 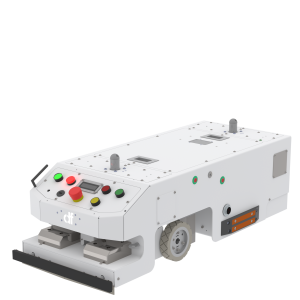 Robotics is one of the fastest advancing fields of technology as it has the potential to substitute human input in many fields.  These include surveillance, emergency rescue operations, planetary exploration, 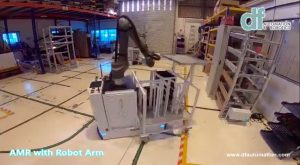 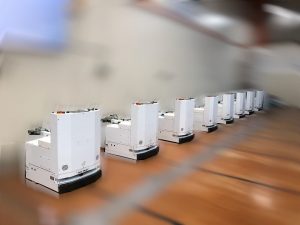 DFleet is a server based computer software to control and manage a fleet of mobile robots to achieve common tasks more effectively and efficiently.  Most of these robots are operating 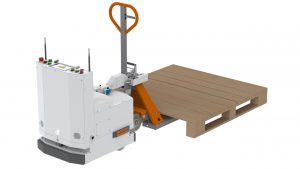 Hand pallet jacks are common moving equipment used by many manufacturers. It is used in pallet transferring and material handling. Unfortunately, even when workers attempt to use them safely, pallet 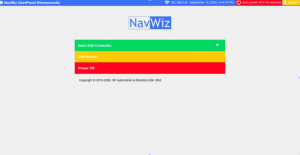 NavWiz or Navigation Wizard is a software application for Autonomous Mobile Robot (AMR) and Automated Guided Vehicle (AGV). NavWiz has all the features required in a modern autonomous mobile robot,