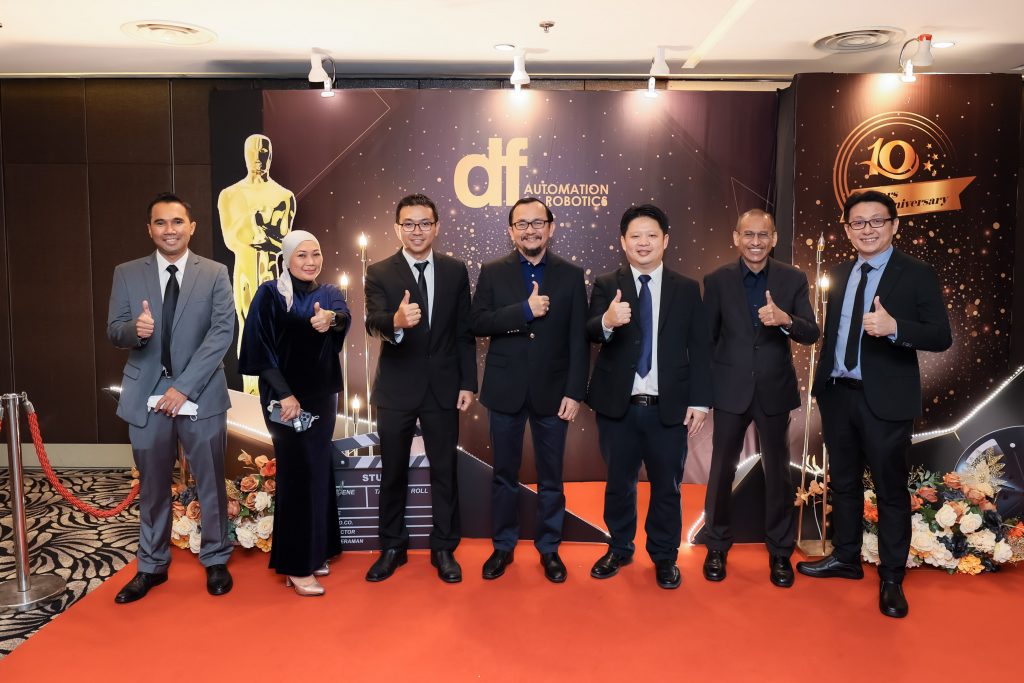 Founding member, Dr. Yeong Che Fai, Mr. who is also an Associate Professor at Universiti Teknologi Malaysia (UTM) and an active member of CAIRO; Center of Artificial Intelligence and Robotics UTM, founded DF with his then students Mr. Ricky Yap Wee and Mr. Tan Ping Hua in the year 2012 with a humble start. The company focused on designing and manufacturing automated guided vehicles (AGV) and autonomous mobile robots (AMR) for various industries. It is applaudable to note that DF has grown its way through several awards and recognitions marking its presence regionally. Some of the winning awards include; Best Innovation Award at Star Outstanding Business Award (SOBA) 2019, APICTA Award 2018, Good Design Award Japan 2018 and Frost & Sullivan Award 2017.

Dr. Yeong Che Fai, at the dinner, explained that the future opportunity and market size of global autonomous mobile robots is around USD29.3 billion and is forecast to reach USD 220.6bil. “That’s close to RM970 billion. So it is sufficient for everyone. Let’s work together to build one of the largest robotics companies in this region”, urged  Dr. Yeong.

YBhg. Dato’ Norhalim Yunus, Chief Executive Officer, Malaysia Technology Development Corporation Sdn Bhd (MTDC), at the event said, MTDC is happy to be one of the investors in DF Automation. DF Automation is one of the prominent local companies in robotics, and MTDC sees DF Automation will be the catalyst for the development of more local robotics companies. MTDC has collaborated in some projects with DF Automation, especially during the Covid19 pandemic where Dr. Yeong and I had several discussions about how Malaysian tech companies can help ease the burden of frontliners in the hospitals back then.

Within a short period of time, DF has delivered MCK19 (Mak Cik Kiah 19) to HUKM and MAEPS. Not only these robots have eased the burden of frontliners in the hospitals and MAEPS, but more importantly, these robots have shown the capabilities of DF Automation and Malaysian tech companies in general, on how we can deploy local tech to solve problems in different settings, and not relying on foreign tech. We hope DF Automation can achieve more success in deploying their robotics solutions in Malaysia and overseas, and will aspire more local companies to provide robotics solutions to different sectors, YBhg. Dato’ Norhalim Yunus added.

After his speech, Mr. Yap handed the stage over to DF’s Lean Robot for a robotic demonstration showcasing its mobility with artificial intelligence (AI) without human interference. The robot is purely powered by Navwiz, a system proudly developed by DF. Shortly after, robot UR5  joined the spotlight with its flexible dance performances to fast-beat music.

The night was filled with fun and laughter with special musical performances by DF staff, best-dressed competition, and lucky draws. The event also witnessed DF’s longest-serving staff; Mohamad Izwan Bin Rohani, being awarded a plaque, framed certificate, and a gold bar for his eight years journey with DF. Izwan joined the company in 2014 as a general technician and was promoted to Assistant Engineer, Customer Support in 2021.

The night ended with a group picture taken with 70 of its Staff. 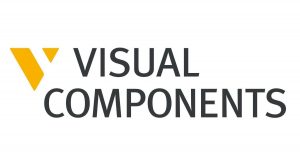 On 30th of October, DF Automation has had the honour of having the Ministry of Science, Technology and Innovation (MOSTI) and the Malaysian Technology Development Corporation (MTDC) visiting our headquarters

On the 10th of September of 2021, our amazing HR team came up with a Merdeka Luncheon event. Although the pandemic has made social events impossible, we were able to bond 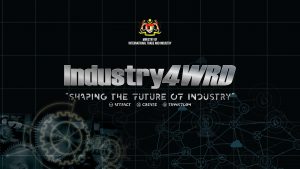 Incentives and Grant for Automation Project in Malaysia

The future of economic growth relies heavily on the competitiveness and the readiness of the country towards the changes in the new era. With this, it’s vital the industrial players